When you think of Holland, you don’t necessarily think of a tourist hotspot, but actually, Holland has a lot more to offer than just clogs and Gouda. There are some fabulous places to visit in this compact country. Holland, and in particular Amsterdam, was voted one of the top 5 European Cities to visit.

One of the advantages of sightseeing in Holland is that the distance you have to travel between attractions is often not very far. It’s quite a small country so you can cram in more attractions for your time.

If you fancy travelling like a local, then cycling is a fantastic way to get around Holland, the roads are geared towards cyclists and travelling by bike can take you to a surprising number of attractions. Amsterdam is a great place to start if you’re sightseeing in Holland, it is home to lots of monuments and is a good way to get you into the swing of things.

There are several UNESCO heritage sites closely grouped around the capital – including the iconic network of canals. These quintessentially Dutch landmarks are well worth seeing and run throughout the city. Amsterdam is also home to Holland’s own Madame Tussauds, featuring models of Barrack Obama, Ronaldinho and Michael Jackson, as well as lots of celebrities from Dutch culture.

Just 15km from the centre of the capital is the Defense Line of Amsterdam, which reinforces the strong links Holland has with water works. The network of locks, forts and dikes, as well as ammunition depots and barracks, were used during the Second World War to hinder enemy progress. Despite its past, the area is one of extreme tranquillity.

Utrecht is a city famous for its architecture. Stylish housing dominates the landscape of the town, the most striking example of which is the Rietveld Schröder House. Built during the 1920s, the straight lines and simple colour pattern still look as modern today as when the house was first built. It stands as a stunning tribute to the architectural movement of De Stijl (the style) and was recognised by UNESCO as a World Heritage Site in 2000.

Away from the capital are the The Mills of Kinderdijk, situated 25km from Rotterdam. The nineteen celebrated windmills were constructed during the 18th Century as part of a large scale water management project. The project was intended to prevent floods and worked so well that the windmills have become an icon of Holland’s expertise in water management.

Another monument of Dutch water mastery is the D.F. Wouda Steam Pumping Station in Lemmer, the world’s only steam-driven pumping engine. The pumping station dates back to the 1920s, when it was designed to pump away the excess water in the surrounding area, however, these days, it is only in operation for one week a year. At full power, the remarkable engine could easily pump 4000 cubic meters of water per minute.

Thanks again to the European travel guide guest post team for this informative article. Head over there and check out their great free blog. 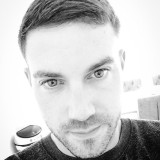